Looking back to gambling history one may notice that this industry constantly suffered from various restrictions and limitations. Many countries banned gambling and treat it like illegal or even criminal activity. But gambling has always managed to drive a coach and horses and to attract new players. 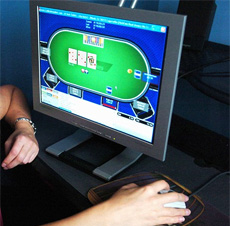 Competitiveness among land-based casinos in gambling industry continues to grow. Thus, they do their best in order to meet land casinos standards and have all corresponding certificates and documents. Fair play is highly estimated by every single gambler. Thus, casinos' reputation is an essential element of every more or less self-respecting gambling establishment. Just imagine a gambler who hurries up to take risks and leave own money in a low-quality-casino. Thus, it is crucially important to support gamers' trust in gambling industry and cope with innovative trends.

There are several federal documents that regulate gambling standards in the United States. Below there is a list of documents covering gaming in America and short comments to them.

Other regulating documents and bodies that refer to gambling in the US and other countries: